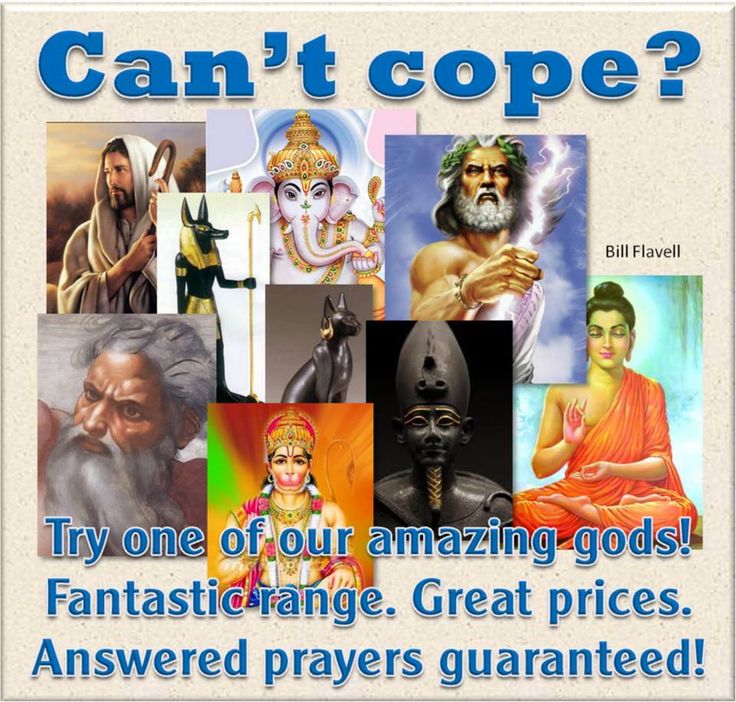 If you don’t know why it must be a God. 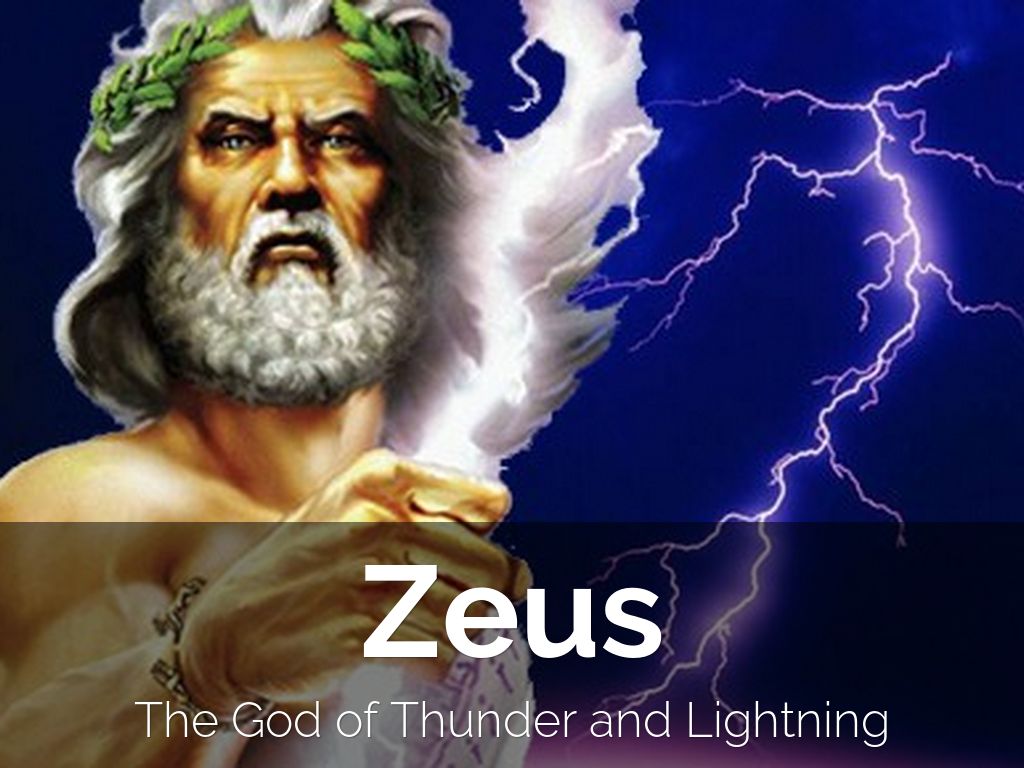 Why did the Greeks and ancient Egyptians create gods? 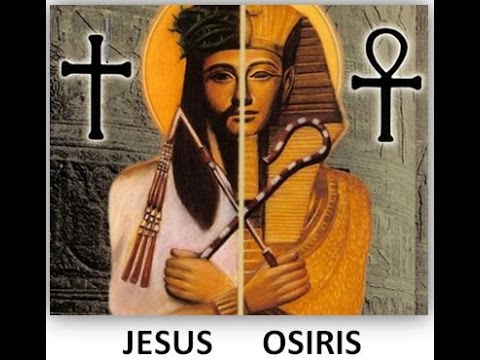 The people in Ancient Egypt created several gods and goddesses to better understand and explain the surrounding environment. They personified the phenomena of nature, such as the sun, thunder, fire, water and the passing of time. The myths and legends featuring deities were created for just about each element of nature. 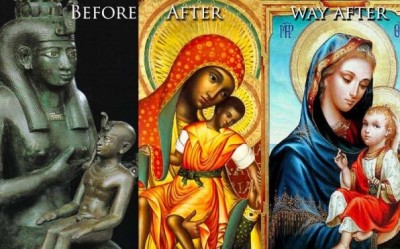 Greek mythology as we know it has its roots in Ancient Mesopotamian culture and religion of people from the island of Crete. These two cultures placed a large emphasis on the nature’s spirits and magical powers of certain objects. Over time, their stories and legends evolved and formed a foundation for the religion of the Ancient Greeks. Today, myths are considered as mere stories with little religious value, but for the Greeks, they were the centerpiece of their society – in terms of religion, education and entertainment.

The people in Ancient Greece created several gods and goddesses to better understand and explain the surrounding environment. They personified the phenomena of nature, such as the sun, thunder, fire, water and the passing of time. The myths and legends featuring deities were created for just about each element of nature. For example, earthquakes were believed to be the result of Poseidon’s fury, and the changes of seasons occurred when Persephone went down to the underworld for half a year. The twelve hours in a day were represented by the daughters of Apollo.

Since the Greeks didn’t have a written source like The Bible, they learned about gods and legends mouth-to-mouth, myths traveling all over the country. The myths that we know today were a big part of their religion and served as the origins of gods and humanity, as well as explanations of historic events and sources of entertainment. The retellings of myths varied from region to region, which is another reason for the country’s diverse religion – myths and legends mixing with one another. Each city devoted itself to a particular god or gods and the ideas were very varied. For example, the city of Delphi was considered to be the sacred site dedicated to Apollo, the god of sun and time.

Greek gods resembled humans and possessed human emotions. However, the beliefs of the Greeks placed an emphasis on the weakness of humans, contrasting it with the divine power of the gods over humanity. They believed that gods intervened when necessary, creating therefore the idea of Fate and Destiny. They controlled every aspect of their lives. The myths and legends therefore featured gods created for every element of human condition. For example, the myth about Apollo passing to his son Asklepios the knowledge of medicine for the benefit of the people is an illustration of the origin of medical talent. Another example is Prometheus’ penance – an illustration of gods intervening and punishing those who commit misdemeanors.

People prayed to a particular deity when they needed something. Women prayed to Hestia for a happy household while fishermen and sailors asked Poseidon for safe travels.

Heroes are an important part of Greek religion and mythology – they were children of gods and humans and bridged the gap between the two races. Heroes like Hercules and Theseus are examples of tales of perseverance and ideal character. However, the myths also included strange and scary creatures who most likely seem familiar from popular culture – centaurs, cyclops, the Minotaur, etc. Since every deity and creature represented and ruled over an aspect of nature or humanity, these creatures played an important part in Greek mythology. For instance, centaurs are a representation of chaos and the absence of reason – half-man half-horse is quite a chaotic phenomenon. Cyclops and Medusas and the Minotaur are just a few examples of creatures representing the obstacles heroes had to overcome. The myths about battles between heroes and these villains were a significant source of entertainment and cautionary tales and legends for the Ancient Greeks.

Why did the Greeks have so many gods?

The Greeks created gods like Athena, Ares, Hades, Poseidon and Hera to explain the world around them. They relied on the gods to explain natural phenomenon, provide authority to the ruling class and entertain the masses. Most city-states had at least one particular god they honored. They would celebrate and worship that god through the building of temples, participation in festivals, sports competitions and sacrifices.

There are 12 Greek gods located on Mount Olympus, the highest mountain in Greece. The main leader of the Greek gods was Zeus, known for yielding the thunderbolt. Different gods controlled different aspects of life such as love, war, the hunt, harvest and afterlife in the underworld. One of the natural phenomenon that the Greeks used the gods to explain was creation. Another was the story of the great flood.

The Greek gods resembled humans in many of their characteristics. They expressed themselves through the human emotions of anger, lust, jealousy, love, passion and compassion. The main difference between gods and humans were that the gods were immortal and powerful. The stories of the gods were passed on orally through family members and storytellers and are so entertaining, they are still used in popular culture. 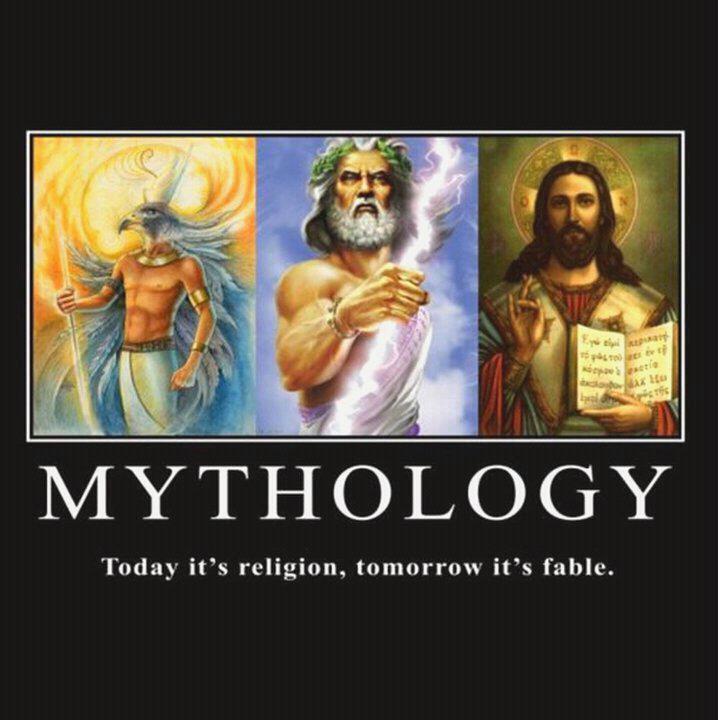